After breakfast, follow the Trans-Canada Highway, one of the longest highways in the world, and embark on a trip to the Canadian Rocky Mountains through Fraser Valley. Arrive in the capital of North American ginseng- Kamloops at about noon . The annual sunshine time here exceeds 2000 hours, which brings a special style of semi-desert area. Visit the only GMP certified ginseng factory in Western Canada and learn about the varieties, planting and production process of North American ginseng. After that, continue eastbound and stay overnight in the Rocky Mountain Gateway Town [Golden ].

After breakfast, proceed to [ Yoho National Park ] to visit the most beautiful [ Emerald Lake] in BC . The turquoise lake and mountains form a perfect picture. After that, head to Canada’s largest alpine national park [ Jasper National Park ]. The magnificent scenery along the way has magical attractions: a free wildlife community, a deep blue lake, and a sparkling waterfall. After arriving at the Columbia Ice Field Visitor Centre, take the [ snocoach ] to climb the 90-meter-deep Athabasca Glacier to enjoy the relics left over from the second ice age. The beauty of the world-famous Icefields Parkway will bring you a shocking experience. Dinner at the hotel near Lake Louise.

After breakfast, visit the “Pearl of the Canadian Rockies”-[Lake Louise] which was named after the youngest princess of Queen Victoria.  It is praised as the “most photogenic lake” and often appears on the covers of certain geographic magazines. Drive to the most beautiful lake in Banff-[Moraine Lake] , which is also a famous filming location for Marilyn Monroe in “Going East”. After that, continue east to visit [ Banff Town ] , which has 19th century European-style architecture and is known as the “Soul of the Rockies” . First, explore the place where the Canadian national park system started, and look for hot spring snails that are rarer than giant pandas. After a short break for lunch, you can continue sightseeing, go to [ Sulphur Mountain ], and take the[ Banff Gondola] to overlook the rocky mountains and lakes in 360 degrees. Meet cute chipmunks on the mountain to “greet” you, but don’t feed them as it is illegal. In the afternoon, continue eastbound along Trans-Canada Highway No. 1 to Calgary, the largest city in Alberta, and stay overnight at a hotel in Calgary.

The 15th Winter Olympic Games was held here in 1988. At that time, the indoor ice skating rink was located on the campus of the University of Calgary, a well-known university. The density of engineers in this city ranks first in Canada. It has been rated as the cleanest city in the world many times, city sightseeing, OUTLET MALL shopping. In the afternoon, the VIPs will take a domestic flight to Toronto to participate in the 31st World Hakka Conference, ending the beautiful journey of the Canadian Rockies。

The fare does not include： 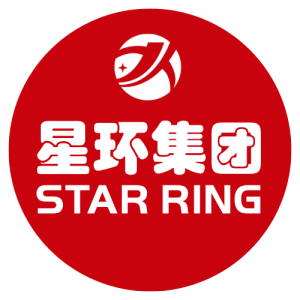 商务考察签 Visa for a Business Trip